Krill oil is the new fish oil. Take a look at the benefits of krill oil, the differences between krill oil vs. fish oil, and why Omega-3 is crucial to your health.

It’s no secret that Omega-3’s are remarkable for your health and without a doubt one of the most transcendent supplements available today. Omega-3s have been linked to numerous health benefits boasting anti-inflammatory properties, aiding heart function, improving joint pain, and even optimizing your brain health. 98% of all Americans fall below the general requirement of Omega-3 intake. That's why supplementation is more crucial than ever.

What Is Krill Oil?

Krill oil is derived from tiny shrimp-like crustaceans found deep in the Antarctic Ocean. Krill are found primarily in the diet of whales, penguins, birds, and other sea creatures.

Krill feed on phytoplankton and zooplankton, which are abundant sources of micronutrients. Because Krill have such a nutrient-rich diet and live in cold water, away from industrial pollution and contamination, krill deliver an incredible source of omega-3s and antioxidants.

Like fish oil, krill oil is rich in healthy omega-3 fatty acids, EPH, and DHA which are responsible for numerous health benefits. However, the molecular structure of krill oil is distinctly different than fish oil, which impacts the way our bodies use them.

The bioavailability, also known as the absoprtion rate, of krill oil  is higher than traditional fish oil. The essential fatty acids found in fish oil are bound in the form of triglycerides, as opposed to krill oil which is packaged in the form of phospholipids. Phospholipids are the same structure of your cellular membranes, which therefore can be utilized immediately by your body.1 Several comparative studies have shown that krill oil increases blood plasma levels of EPA and DHA quicker than fish oil.2

Another study gave study participants fish oil or two-thirds the amount of krill oil. The findings suggested that the administered amount of fish oil and krill oil both increased EPA and DHA by the same amount despite the lower dose of krill oil.3

Specifically, krill oil has been shown to be absorbed 68% better within 2-3 hours, as opposed to fish oil, which can take anywhere from 48-72 hours.4 Optimized absorption and uptake translates to better and faster recovery, which means more training and less pain. 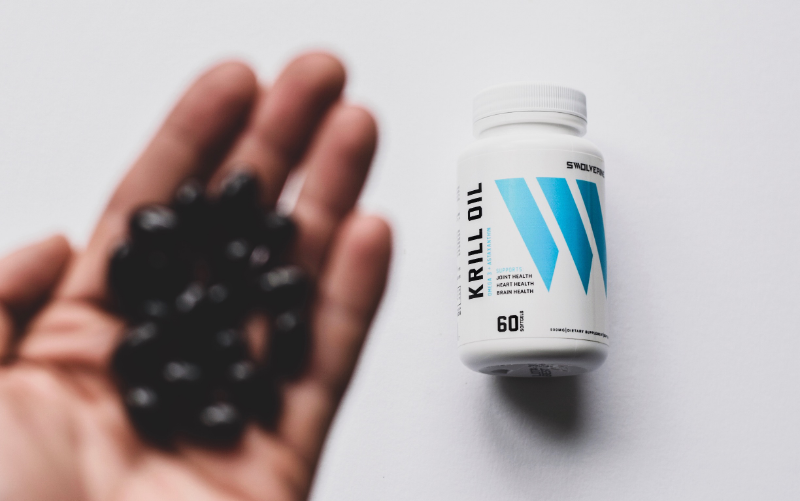 Antioxidants help protect the body against oxidative stress. Oxidative stress is a type of cell damage that is caused by molecules called free radicals which have been linked to chronic disease states.

In a 12-week head-to-head, randomized controlled trial, patients with mild-high cholesterol were given either krill oil (low dose/high dose), fish oil, or placebo. Each group included 30 patients, with no cross-over. The results were astonishing.

Compared to baseline, both the low and high-dose krill oil groups demonstrated improvements in all lipid parameters compared to fish oil or placebo. Total cholesterol decreased 13% to 18% for both krill oil groups versus a 6% decrease for fish oil and a 9% increase for placebo. LDL-Cholesterol was lowered 32% to 39% with krill oil compared to a 5% decrease with fish oil and a 13% increase with placebo and HDL-Cholesterol increased 42% to 60% with krill oil compared to 4% increases with either fish oil or placebo.  Following the initial 12-week study, patients in the low-dose krill oil group continued for another 12 weeks. These patients were able to maintain lipid reductions, and in some cases, achieve further reductions during this follow-up phase with a lower maintenance dose of 500 mg per day.15 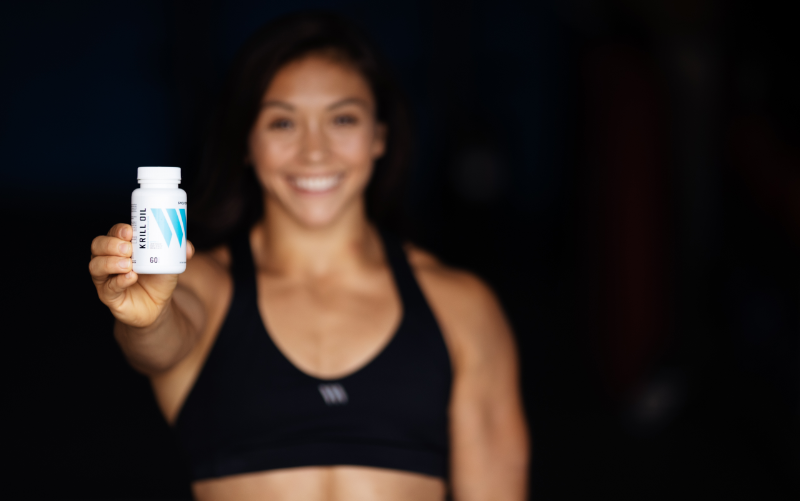 The powerful combination of Astaxanthin and omega-3s has been shown to reduce the effects of aging on skin health. Astaxanthin helps reduce free radical damage, which when present in excessive amounts breaks down the body’s tissue. Free radicals cause a breakdown in collagen and elastin fibers resulting in a lack of elasticity and the formation of wrinkles. The high concentration of Omega 3’s in krill oil helps to normalize skin lipids, keeping your skin strong and hydrated, which decreases the appearance of lines and wrinkles. Evidence suggests that supplementing with krill oil can help improve your skin elasticity, reduce wrinkles, age spots, and skin texture.8

In a study conducted at the University of Pittsburgh Medical Center, 125 patients that were diagnosed with nonsurgical neck or back pain were administered 1200-2500mg of Omega-3 fatty acids per day. After 75 days, fifty-nine percent discontinued taking their prescription NSAID medications for pain. Sixty percent stated that their overall pain was improved, and 60% stated that their joint pain had improved. Eighty percent stated they were satisfied with their improvement, and 88% stated they would continue with Omega-3 supplementation. This study concluded that Omega-3 supplementation demonstrated an equivalent effect in reducing arthritic pain, as does Ibuprofen.9 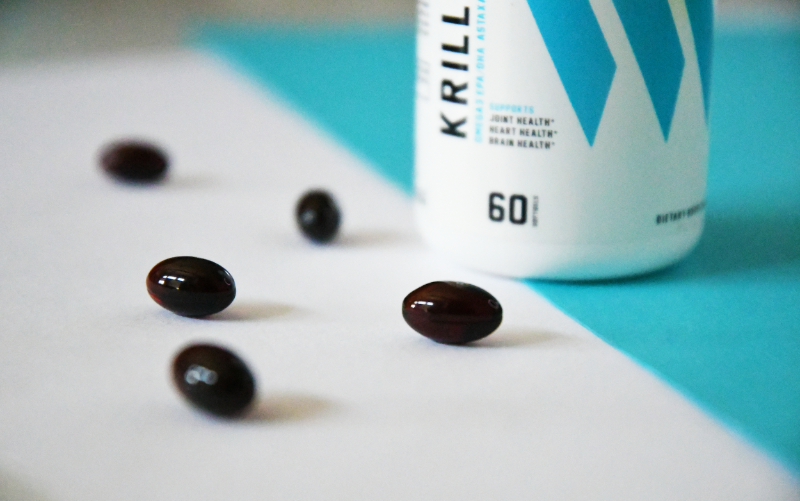 Omega-3 fatty acids have been extensively studied in regards to their benefits on cognitive function, supporting anti-depressive behaviors, and promoting a positive mood state.10 DHA has been shown to increase dopamine and serotonin, which are your “feel-good hormones,” and help to alleviate depression and promote a positive mood state. EPA has been shown to reduce inflammation in the brain and help treat depression. Additionally, studies have shown that the naturally occurring antioxidant Astaxanthin, has a neuroprotective effect, which may increase spatial memory while fighting against the aging process.11, 12

In an incredibly interesting Australian study, published in the journal PLOS one, 136 male prisoners were administered omega-3 to determine if omega-3 intake was correlated with more aggressive and attention deficit behavior. The study found a direct correlation between lower omega-3 levels and higher aggression and attention deficit order behaviors.13

In a famous study called the Framingham Heart Study, two-thirds of the adult population of Framingham, MA, totaling 5,209 people in all were monitored for 57 years. One of the findings of this study showed that only 180 milligrams per day of the Omega 3 DHA, the equivalent of about 2.5 servings of fish per week, was associated with a 50% reduced risk of dementia.14

Both krill oil and fish oil provide valuable benefits to your overall health and wellness. However, krill oil does have a several distinct advantages when it comes to absorption rate, antioxidant properties, athletic performance, and reducing cholesterol. Not to mention, smaller doses. 98% of all Americans fall below the general requirement of Omega-3 intake, either way supplementing with krill oil or fish oil is crucial to your health and performance.

M&S weekly newsletter sends you workouts, articles and motivation based on your goal.